Dr. McElheny is a St. Charles native who joined the practice in July, 2014 shortly after graduating from the University of Missouri at Kansas City School of Dentistry.

He enjoys the opportunity to work in a profession where no two days are the same. He thrives on providing a service that requires a great deal of knowledge and technical skill that will benefit his patients. Dr. McElheny is thankful that while maintaining a busy schedule of treating patients, he is also able to meet and get to know his patients personally and provide them with the dental care they need.

When he isn’t working at the dental office, Dr. McElheny enjoys playing golf and tennis. He is also a big MIZZOU fan, as he earned his BS Degree in Biology there. As a sports fan at MIZZOU, he attends many football games each year. Dr. McElheny is also involved in a number of St. Charles community organizations. 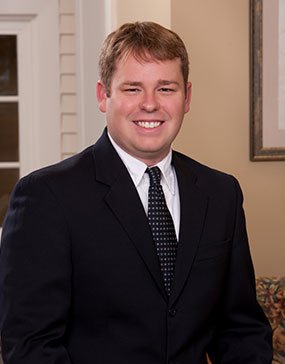